CFAAP: Cavalier Thoughts on the NBA Draft, starting with the second pick... 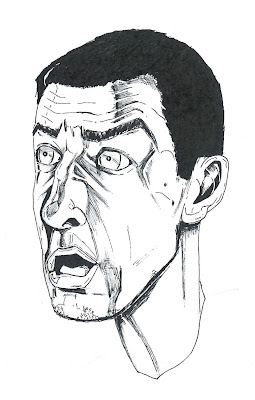 (The Cavs let Jonas slip away... I now hope he sucks.)
Thoughts on the NBA Draft, starting with the second pick.

What I think happened:

I think that Chris Grant wanted to add both Jonas and Tristan, and I think he picked the wrong one first. Toronto was universally considered a lock to pick a point guard by the high-profile NBA punditry…and I have no idea why. (Of greater concern is that Chris Grant may have been listening to them.) Toronto desperately needed a big, and they just hired the preeminent defensive assistant in the league to be their coach. Not every team can be counted on to make the shortsighted, asinine pick…and I suspect that’s what we were counting on. Either that or we got scared of Jonas’ buyout, which would be perhaps even more asinine. Why? Because we are not winning the championship next year! We are not winning it the year after! Lay the f’ing foundation!!!

We may have liked Tristan (I even like Tristan), but there’s no way we should’ve liked him more than Jonas. Because you can sign Tristans, you cannot (the Tyson Chandler-fleecing aside) sign Jonas-es.

Making the best of a bad situation:

If Tristan can move his feet and contest at the rim (he can), I’d like him to learn the intricacies of the league—more specifically, of pick and roll defense—from Andy. Thus, AV must stay another year for the development of our number 4 pick. Of course, many of us want him to stay anyway, but this new wrinkle makes it in my mind now essential. We drafted a guy to play defense, now let’s teach him how.

Offensively… Jesus, I don’t know. Tristan Thompson is minimally talented outside the lane, and doesn’t appear to be on the cusp of harnessing a shooting touch. I don’t mind having a defensive oriented four, but it means we’ll need to hit an interior threat in a subsequent draft and that isn’t going to be easy. (Note to Andre Drummond: College is overrated.)

Where we now are in the rebuilding process:

I haven’t lost faith in the front office or anything...but I will say this: Today marked the first day that I’ve questioned ever questioned it. There are more incomprehensible decisions made in the NBA than in every other sports league combined (take, for instance, the Sacramento, Milwaukee, Charlotte trade—Good work guys. Now you’re set!), and I felt helpless today waiting for David Stern to announce that fourth pick. Helpless because as my excitement dissipated that Jonas didn’t go number three to Utah (something I was legitimately concerned about), I realized that I was anything but certain the Cavs wouldn’t look elsewhere as well.

I’ll go further with this: The Cavs shouldn’t have needed to think about Kyrie vs. Derrick either! The answer was obvious and the answer will become increasingly obvious every game they play after, say, the first 82. (I bet Derrick puts up numbers early, but ceases to develop starting early in his second year.) Maybe even earlier. There's no comparison to be made between the two.

(Let me parenthetically walk this back just a tad — I can imagine a situation where J.J. stays and provides his mercurial brand of scoring, and then Tristan settles into an early-Varejao-esque defensive role off the bench…and truthfully, my initial reaction aside, that would be great. It would be a luxury to have that type of athletic, aggressive, energy-off-the-bench 4, and it would be promising to have such a strong rotation of guys. But you can sign someone to do that! You pick the guys for such a rotation at approximately the point in the draft that gave us J.J.! The teens! The late-lottery! Not with the fourth pick in the draft. And so ends my retroactively positive statement.)

We may well struggle again next year, although I suspect with Andy back and Baron aboard for a full 82, we’ll need a bit more luck to end up in the top-tier of the lottery — and that's where we’ll need to be. We’ve added Kyrie Irving and a really nice energy player, now we need another elite guy. Harrison Barnes, Anthony Davis, Quincy Miller, Perry Jones, or Michael Gilchrist.

If we’re in the top-5, we’re alright. If we’re not, at least we have someone waiting overseas.